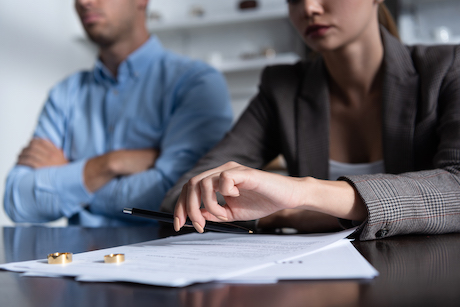 No-fault divorce – untying the knot without playing the blame game

The Divorce, Dissolution and Separation Bill gained long-awaited Royal assent in June 2020. This means that, from April 2022, couples in England and Wales can divorce without having to assign blame to either party.

Why is reform needed?

Championed by Resolution, the community of family justice professionals of which AGR Law is a member, the no-fault divorce campaign ran for several years. It sought to minimise conflict to make the process less damaging, particularly to the children of divorcing couples. It also aimed to modernise the divorce procedure and make it more appropriate to the reasons modern-day marriages fail.

Currently, couples who jointly decide that divorce is the best option need to have been separated for at least two years. If only one party wishes to end the marriage, separation will need to be for a minimum of five years.

Most people find this period too long, and feel they have no option but to initiate proceedings and assign fault to their spouse to speed up the process.

Fault can include adultery, unreasonable behaviour or desertion. This allegation can create unnecessary hostility and resentment, making it more difficult to agree on essential matters such as finances and childcare.

It also creates misunderstanding as people mistakenly believe that not being the one at fault will be seen favourably, and they assume they will have more rights to assets.

How is the no-fault divorce better?

The main benefit of a no-fault divorce is that irretrievable breakdown will be the sole reason needed, so neither party will be blamed for the relationship ending. This will reduce confrontation, allowing couples to agree terms in a constructive manner.

Although a legal statement from just one spouse will count as conclusive and incontestable evidence, couples will also be able to make a joint application to divorce. This means that the process is more amicable and balanced from the very beginning, increasing the chance of a cordial split.

How will the no-fault divorce help couples?

The no-fault divorce will encourage cooperation, rather than inciting a blame game and escalating complications and ill-feeling when emotions may already be running high. This will set the tone for future discussions which are part of the process and reduce any negative impact for everyone involved.

It will also help in cases where mediation can resolve disagreements, rather than lengthy, stressful and costly court hearings which often result from apportioning fault.

Agreeing out of court will also make it easier for people who can’t (or choose not to) have legal representation. They may otherwise need to draft petitions and complete paperwork which can be confusing and complicated.

Is the no-fault divorce going to be quicker?

The no-fault divorce will decrease the likelihood of delay where the split is amicable, but there will be a minimum of 20 weeks between the initial application and the conditional order, and a further six weeks until the final orders.

The process will take at least six months to complete from start to finish.

What else will change this autumn?

Some of the terms used will be modernised and simplified:

Laws regarding financial settlements, childcare and other matters will remain unchanged.

What about civil partnerships?

The laws surrounding the dissolution of civil partnerships will also be updated. They will broadly follow the same approach as no-fault divorce.

The AGR Law team are available for virtual appointments if you have any questions about divorce, either now or when the new law comes into effect.