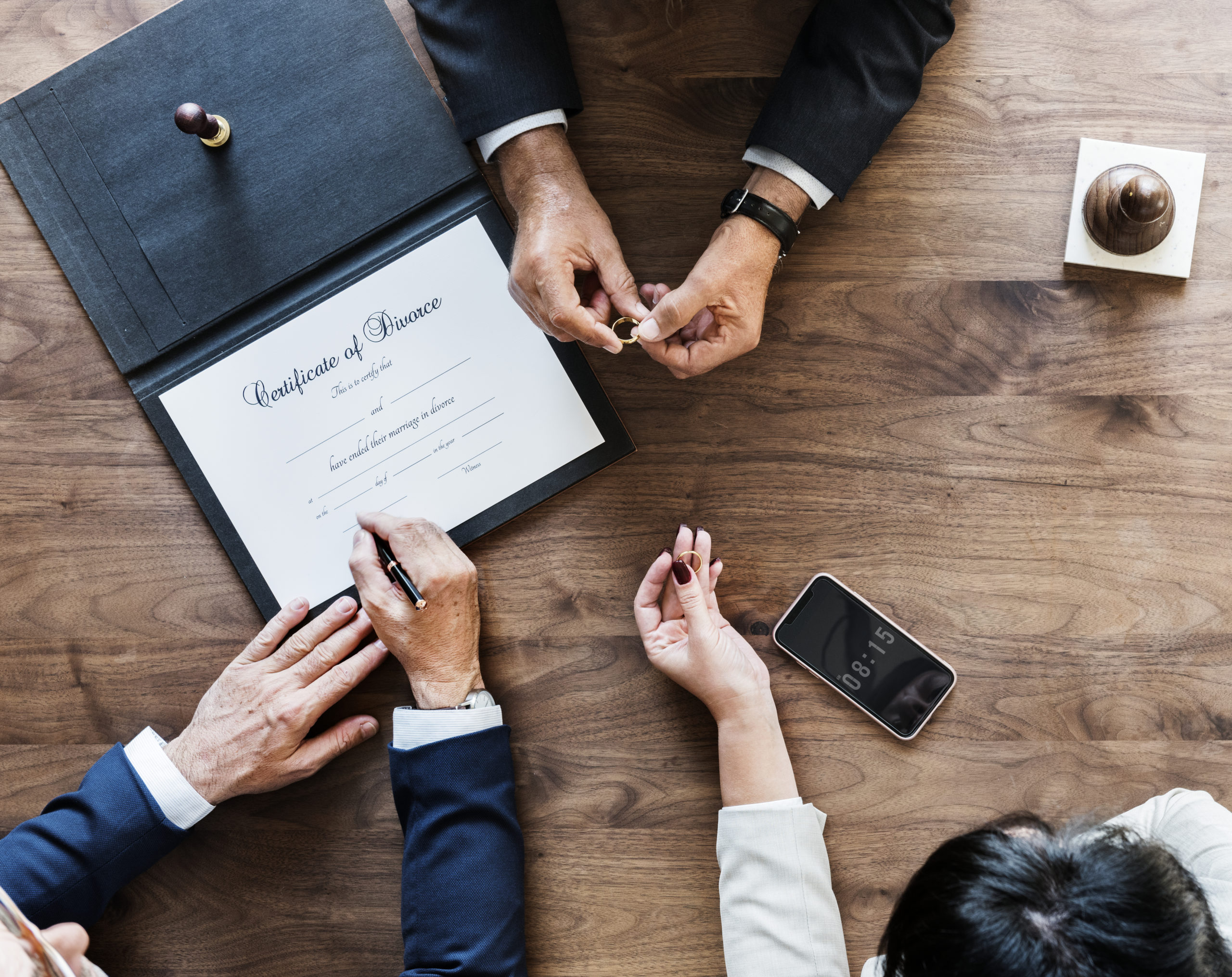 Are you looking for legal support during your divorce?

At AGR Law we have the expertise to represent clients going through a divorce. Our solicitors have the skills and expertise to make the divorce process as smooth as possible and aim to make it less stressful for you.

We deal with all divorce matters, whether straightforward or in the following cases:

Amy (35) and Alex (37) have 2 children together, under the age of 16. They live in a 4-bedroom house in Leicester with Alex working as an accountant and Amy as a part time sales assistant, enabling her to look after their children out of school hours.

During the last year of their seven-year marriage, Amy and Alex had been spending less and less time together, and when Alex returned home from a business trip, Amy explained that she had been unfaithful to their marriage and had fallen in love with another man. Amy told Alex that she wanted a divorce.

Alex was unsure how to proceed with a divorce and whether this would affect his finances as well as the future finances available for his children. Alex instructed AGR Law to initiate the divorce.

If Alex was to petition for divorce based on Amy’s adultery, Amy would have to agree to sign an acknowledgement, claiming that the adultery had taken place to be used as evidence at court. Alternatively, Alex could cite circumstances of Amy’s unreasonable behaviour during their marriage that has led them to divorce.

A divorce petition was created by AGR Law with the reason for divorce as unreasonable behaviour. An Acknowledgement of Service was sent to and signed by the spouse and Decree Nisi applied for and approved by the court some weeks later.

Alex could then apply for the Decree Absolute 6 weeks and 1 day later, which finalised the divorce. This, however, was put on hold until a financial settlement had been reached between Alex and Amy, which is common practice and should always be discussed with a Family Solicitor. A financial settlement during, but not included in the divorce, is often advised by family solicitors to prevent future financial disputes between ex-spouses.

Full financial disclosure from both parties is crucial in creating a fair financial settlement post-divorce. It is worth mentioning, that the court aims to provide a fair spilt between the assets, capital, pensions and savings of both parties regardless of the ‘fault’ of the divorce.

As Amy and Alex have children, the financial settlement was checked by the court to ensure that the children were looked after. This included housing and child maintenance support.

As Amy was the primary caregiver, with the children spending the majority of their time at the family home, Alex was responsible for paying child maintenance support to Amy. Alex was required to pay 20% of his net income each month, agreed in line with indication from the Child Maintenance Service.

As Amy was the lesser earning of the two, she needed some spousal maintenance (monthly income) from Alex to supplement her income so she can support herself as well as maintaining the home. Alex did not want to have to pay spousal maintenance without a time limit, so a lump sum was agreed so as to capitalise the maintenance. Amy was also advised by the court to take on more hours at work to increase her income, as the court would expect her to do so.

In all, the house was retained by Amy, as well as her monthly income. Alex kept the capital from their savings to purchase a new home as well as his pensions that he had accumulated. Alex was required to pay child maintenance to Amy each month and a lump sum payment instead of ongoing spousal maintenance.

What you need to know before you begin your divorce proceedings

Before you can issue a divorce petition, you must have been married for at least 1 year and you must satisfy the court that your marriage has broken down irretrievably.

Either you or you and your spouse can jointly apply for a divorce stating your marriage has irretrievably broken down. There is no need to offer a reason as to why the marriage has not worked.  Therefore removing the adversarial nature of divorce and the blame game.  Once the application is made, there is a mandatory waiting period of 20 weeks, to allow parties to reflect and make arrangements for the children of the marriage, and assets from the marriage.  If arrangements cannot be made, parties may wish to start separate proceedings.  There is a further 6 weeks period between applying for the conditional order and when the application can apply for the final order.

It is normally expected that the divorce process will conclude in a maximum of 6 months, however the Respondent Spouse might attempt to make the process difficult by either refusing to acknowledge service of the divorce petition, challenging the costs or being untraceable. We have the expertise to assist you where such problems arise. We also represent Respondents who wish to defend costs claimed against them.

You may wish to speak to a Solicitor whether starting a single or joint application is right for you. Divorcing partners will usually settle the finances relating to their marriage at the same time. For more information on financial settlements, click here